Continuing our Women and Careers series, we examine the challenges women face returning to work after maternity leave and what impacts their ability to continue their career.

The imperative is clear –

INCREASING FEMALE PARTICIPATION IN THE WORKFORCE WOULD HAVE A SIGNIFICANT IMPACT ON THE AUSTRALIAN ECONOMY, AND THE COMMERCIAL CASE FOR CHANGE IS AS COMPELLING AS THE MORAL ONE.

These statistics demonstrate the stark contrast between Government initiatives to increase female participation and the reality women face in the workplace.

Not only does discrimination have a negative impact on women's engagement in the workforce and their attachment to their workplace, the commercial loss to businesses when women don’t return to work is high. Employers should be concerned that they are losing an investment when talent and IP leave their business.

A key starting point is debunking the myth that women seeking flexible work options are less ambitious. A report produced last year by Bain & Company for Chief Executive Women (CEW)¹ found this not to be true. They simply take different routes to achieve their career goals. It's certainly not about being a super woman, women make sacrifices and must rethink the way they work.

Yes, women leave work to have children, but when and if they choose to return to work, they should have options.

Here we look at the common factors affecting women returning to work after maternity leave:

The lack of affordable, flexible, accessible or tax-deductible childcare is a significant issue in retaining and progressing women in work, yet it is complex and influenced by many factors, including:

The Australian Human Rights found that 35 per cent of men and women returning to work part-time said the lack of suitable childcare prevented them from working full-time after parental leave, whereas 22 per cent reported that the availability of flexible options was important in their choice to return to work.

In the absence of family support, both parents are reliant upon paid childcare to enable them to both continue and progress in their careers, yet it’s most frequently the woman whose shoulders this financial burden falls upon. This is problematic as the cost of childcare is high (and hasn’t been reviewed since 2008) making it financially unviable for many women to return to work once ‘they’ have paid for childcare.

Women need the support of their partner to allow them to return to work and/or progress in their careers. Supportive partners view the cost of childcare as a joint expense and are open to discussion on how both parties can progress their careers, such as sharing responsibility of drop offs, pick-ups and requesting flexible work.

The more partners share the load of requesting and requiring flexible work practices the more this will become the norm and help to remove discrimination and unconscious bias, specifically around part time working mothers being less driven than their full time working male counterparts.

A key element in the retention of women in the workplace is the availability of flexible work practices. However, traditionally the attitude to flexible work practices is a perceived lack of commitment to career progression with flexible options becoming ‘career dead ends’. Until these working arrangements become a more accepted, mainstream feature of working life, organisations will “leak” both male and female talent seeking other ways to manage tough periods, when they have competing career-life demands.

Previous Bain research has clearly shown that flexible ways of working are in high demand by both women and men; more than 75 per cent of the respondents were interested in having workplace flexibility.¹

Supporting these statistics, the Filling the Pool study found most female respondents and human resources professionals reported that attitudes were gradually changing, noting that more men from the younger generations were seeking a more significant role in childcare.

Arguably, technological changes and universal access to these technologies have enabled flexible and remote work practices to be more effective. Organisations can now be run from anywhere. Flexible workplaces should enable men and women to choose when, where and how they work, allowing greater flexibility to take care of children.

Despite men playing more active roles as caregivers, the report found they get judged negatively if they ask to move to part-time or off-site work and are not supported by their peers and management.

It is well documented that for flexibility to be successful for both parents and employers, there must be executive support for flexible work options as well as a culture of acceptance within the organisation, particularly at middle management levels. Any disconnection between organisational policy intent and their manager’s implementation of the policy, makes the policy redundant.

To summarise, the act of juggling career and family can be very hard, especially if the organisation is not supportive of achieving that balance. It raises the onus for organisations to demonstrate that flexible career paths are viable for all employees or they face a potential exodus of future female and male talent.¹ Accommodating changing life demands can be a significant differentiator for companies seeking to attract male and female talent.

Overall, women need at least one of the following to be able to consider returning to work:

The call to action is clear:

WE MUST CREATE ENVIRONMENTS THAT EMBRACE A SPECTRUM OF STYLES AND WORKING MODELS.

Without that, organisations will continue to lose potential and existing female leaders from their talent pipelines and miss the opportunity to reap the rewards of having a diverse leadership team.

It will require organisations to value and promote diversity in their executive teams. It will also require widespread acceptance and implementation of flexible career paths to help women manage critical life events effectively, whilst still moving ahead in their careers. However, none of this will be possible without sustained and visible leadership commitment and cultural change, starting with the Board and CEO.

Tackling these issues is tough. As the report says, it requires shifting underlying beliefs and behaviours, as well as sustained action. Let's start by accepting there is gender discrimination, and stop validating its existence. 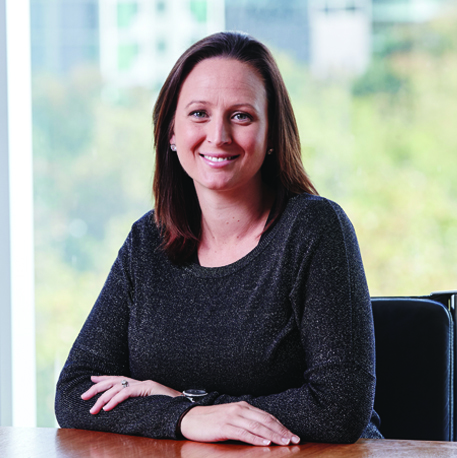 Kristan De Sousa is the Director of our Brisbane office, which she opened at the beginning of 2017. She is a strong supporter of equal rights for women in the workplace, and was recently on the panel for a NAWO event, discussing lateral thinking to broaden the talent pool in operations. You can get in touch with Kristan on 07 3338 5792.

How to find meaningful work
Posted by Elliot Bowman