The war for talent is rife and given the climate of economic uncertainty businesses are finding it even more difficult to attract the right talent. 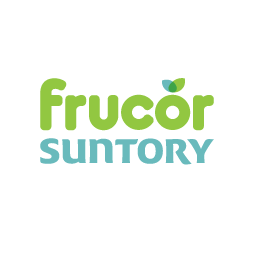 Recently Aon Hewitt announced their 2013 Best Employers, so perhaps rather than posing the old question: what is it that attracts a candidate to a business? It is more apt to look at what makes a business a 'best' employer? Surely these are the companies that the top percentiles of candidates are drawn to?

In reviewing the criteria that determines the award, there are some common threads in the businesses that were named best employers; they are all people-oriented and values focussed with a proactive approach to all commercial business aspects rather reactively focused cultures.

Included on the best employer list of 19, for the third year consecutively, is Frucor Suntory Beverages. Frucor Suntory who are the market leader in the Energy Drinks category has achieved and maintained its position on the list for some very powerful reasons. Through their leadership team they have driven competitive advantage in a tough market by connecting employees to the values and the strategic direction of the business. This is achieved through an open dialog of the company's goals and more importantly, the role individuals play within this journey.

This strategy has led to high employee engagement that is recognised both internally and within the broader external market. Talk to Jonathan Moss, CEO Frucor Suntory Beverages Australia, however and he will tell you the business approach is not about having an employee engagement program, rather "when you value your staff as people, they value you. Everyone takes responsibility for valuing each other - we get higher engagement from staff."

What is clear is that a candidate's perception of an employer and their brand in the marketplace has become crucial in the on-going fight to secure top talent. With the ever-growing giant that is social media never before have candidates been more industry aware and able to express their experiences with an employer - positive or negative. Being viewed as a 'best employer' within the market can only support a business's overall performance creating an above market advantage to communicate with and have direct access to those that will continue to drive this agenda.

I have had a unique insight into the Frucor Suntory world and have been incredibly impressed with how the people within the organisation step up to play their part to live and breathe their values, making things happen as a result of the this and ultimately lifting the performance of the business. This goes to explain their success as a market leader, and also why they were rewarded as a true employer of choice.

"It is common sense, to me, that if people enjoy and respect the place in which they work, and find their roles fulfilling and appropriately challenging, then they will maximise their potential and that of the business. It's a pretty simple formula, but one I think we should remember as business leaders" Carl Bergstrom, Managing Director, Frucor Suntory Beverages Group

The talent evolution in Safety and Sustainability: a briefing
Posted by Caitlin Murrell

Why Empathy is an important leadership skill
Posted by Alastair Pennie

How to counter a counteroffer
Posted by Rachel Shermer