In May I had the pleasure of touring Israel with the Australian Israel Chamber of Commerce (AICC) on a technology tour. As part of this, I was lucky enough to have lunch with  serial start-up entrepreneur and disruptor, Uri Levine. Uri is best known for co-founding Waze, the world’s largest community-based traffic and navigation app, which helps users save time and money through the sharing of real-time traffic information. It was founded in Israel in 2008 and was acquired by Google in 2013 for an estimated US $1.15 billion.

Since then, Uri has continued to pursue his passion for saving consumers time and money through a series of start-ups all designed to disrupt inefficient marketplaces. To name a few, his start-ups include FeeX, which aims to help investors avoid hidden financial services fees, Zeek which is a marketplace for store credit, “where you can sell your gift cards to someone else if you’re not going to use them and get real money that you can use everywhere,” and Engie an app running on smartphones, which connects to your car’s computer, doing the diagnostics for you and then asking mechanics to quote to repair it.

During our lunch, Uri shared some of the key learnings from his Waze journey, which he describes as a “roller coaster of a story.” Here are some of the pearls of wisdom I gleaned from this inspiring start-up entrepreneur for those wanting to follow in his footsteps…

Success only comes after a series of failures

According to Uri, the start-up journey can best be described as a journey of failures. “You try to go somewhere and you are the first person to try to go there and you don’t know what to expect. You try something and it doesn’t work and you keep on trying different things until you find the one thing that does work and that buys you the ticket for the next part of the journey.”

Uri says that ultimately you have to be able to accept failure because it is a journey of failures until you find that one thing that works.

Change is inevitable, so embrace it

In ten years from now, if you look at the top ten companies of the world and ask yourself who is going to remain in that position, the answer is probably only five of the top ten, Uri says.

“What is interesting is who the new entrants will be – some don’t even exist yet. This is the beauty of change. Because markets are changing so rapidly, if you don’t ask yourself what’s going to happen to my industry to my business if my industry begins to struggle, you will not be here in ten years. The future is about change. If you accept that the market is changing dramatically and is going to be disrupted, then you are in a position to welcome change.”

When Uri and his co-founders started Waze in 2008, they built the first product running on a Nokia phone. Because the model worked so well in Israel where traffic jams are pretty bad, the team decided that they would go global. By 2010 they were pretty much everywhere, but the app simply didn’t work as well as it was working in Israel.

“The scary part about not being good enough is that this is where you need the strongest team – the belief, the passion and the conviction that the mission is worth fighting for. We decided to persevere as we felt strongly that helping people avoid traffic jams is definitely a problem worth fighting for. But it took us a whole year of trying to figure out what wasn’t working – reiteration after reiteration. The most important part here is the acceptance that you don’t know. You believe that the next version is going to solve everything but then it doesn’t. You release the next version in a hope to solve the problem and it doesn’t and it happens over and over again. What you learn is that in order to be successful, the only thing that you need to do is try more, not try harder, try more.”

On this point, Uri highlights Thomas Edison as a case study for never giving up. “When Edison was trying to make the light bulb, he spent years on it and one day someone came to him and said: ‘you tried and failed a thousand times – why don’t you give up?’. He said ‘up until now I’ve found a thousand ways that it doesn’t work’.”

So it’s a matter of perspective, Uri says. Not giving up is one of the most important characteristics that you need to build a successful start-up.

You have to make the hard decisions

During his journey of building start-ups, Uri says he has spoken with at least 20 entrepreneurs who all say the same thing – that their last start-up has failed. When he has asked them why at least half of them say that their team was not right. He then asks them why their team was not right. Some of them tell him that the person who was responsible for engineering was not good enough or the person responsible for marketing was not good enough. Others tell him that they had communication issues.

Then he asks them, ‘so when did you know that the team was not right?’ and almost all of them say they knew within the first month. One of them told him ‘before we even started’.

Focus on the problem

If you want to build a start-up, Uri says it is vital to figure out the problem you are trying to address, and who the users will be. "Fall in love with the problem, not the solution, and the rest will follow," he advises.

According to Uri, the Waze traffic app was created on the premise that "people driving ahead of you know something you really need to know.” By focusing on the problem, Uri and his team were able to do things the right way from the beginning and find the best solution to addressing a big problem that everyone is suffering from. 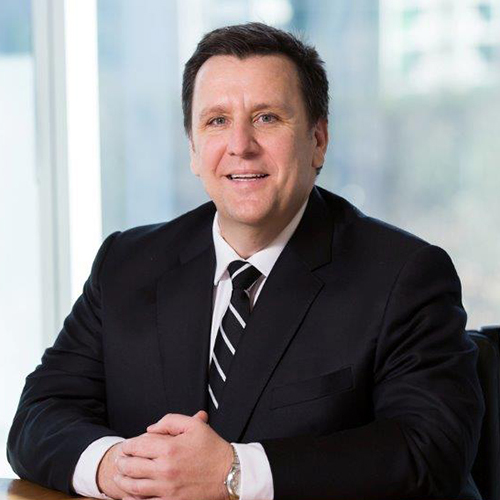 Paul Hallam is the founder and CEO of Six Degrees Executive. With over twenty years in executive recruitment, Paul has managed the recruitment of high profile roles for companies such as Nike, The AFL and Village Roadshow. Paul is passionate about not only finding the leaders of today but also ensuring there is the right framework and opportunities to build the leaders of tomorrow.

An alternative solution for talent shortages in logistics, manufacturing and supply chain
Posted by Orrin Huang

The best of 2021
Posted by Six Degrees Executive