Australia has had a difficult start to 2020, with out of control bushfires burning through the country, leaving devastating damage to homes and the environment, as well as the perishing of an estimated one billion Australian animals.

With the devastation across the nation, we wanted to get involved and give back.

Using a lunchtime, everyone donated to the cause and gorged on some loaded potatoes for fundraising. But the fun didn’t stop there, as we turned a traditional “auction” into something a little more creative, with some less than traditional auction items donated by our people. 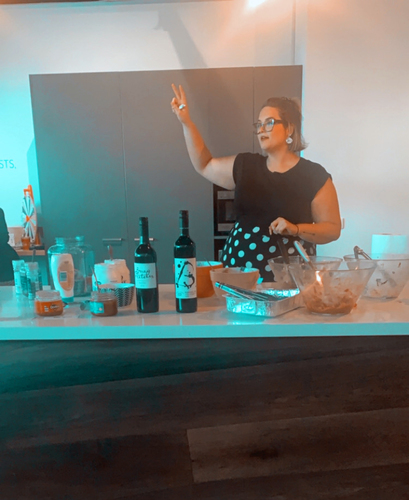 With the items up for bidding, we got to learn a little more about our colleagues. Included in the auction were incredible homemade treats from our more talented chefs, with homemade chocolate raspberry blondies, homemade cookies, mango chutneys, vegetarian lunches, or a meal prepared by our very own CEO Suzie McInerney. There was a lot of babysitting gigs offered up for grabs and our working parents paid up big for a night off.

An escape, a caffeine fix or even a friend 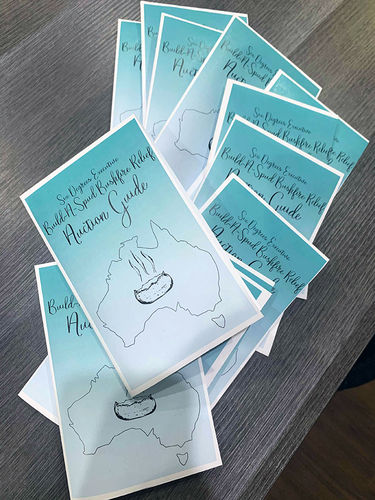 Too busy in the morning for your caffeine fix? There was an opportunity to bid for two weeks’ worth of store-bought coffee, paid for and delivered right to your desk.

A bit of a risk taker? A mystery amount of money in an envelope could mean you come out on top (or a little less than you started with).

Need a weekend away? Three different Six Degrees people offered up the use of their beach houses for the lucky bidders to escape the city and hit the coast.

Hate paperwork? Don’t worry! You can buy your own work accountant, with someone volunteering to do all your expenses for six months.

For those who suffer from stiff necks, a hotly contested item was deskside massages from another teammate.

One of the most popular items that was auctioned off was the use of a Model S Tesla for a weekend.

And, for someone in Sydney who feels a little lonely, Will kindly offered his services as a friend for the weekend. We’re not quite sure what Will has instore for the lucky recipient of his friendship.

Our staff dug deep and bidding wars were won over the goods and services that were kindly donated to this worthwhile cause. 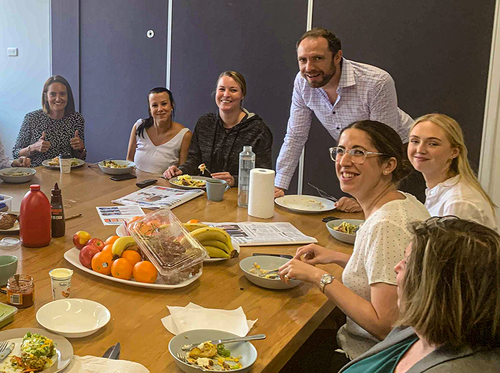 The money raised by Six Degrees people was kindly matched by the company, reaching a mammoth $20,000 for Wildlife Victoria and NSW. We also adopted three new team members, injured koalas aptly named after our three founders: David, Paul and Nick.

We thank all those who took part in the event and organised the spuds, the donations and the creative ways that we could all give a little to the Lucky Country.

Want to know more about what’s happening at Six Degrees? Reach out to us today.

How to find meaningful work
Posted by Elliot Bowman